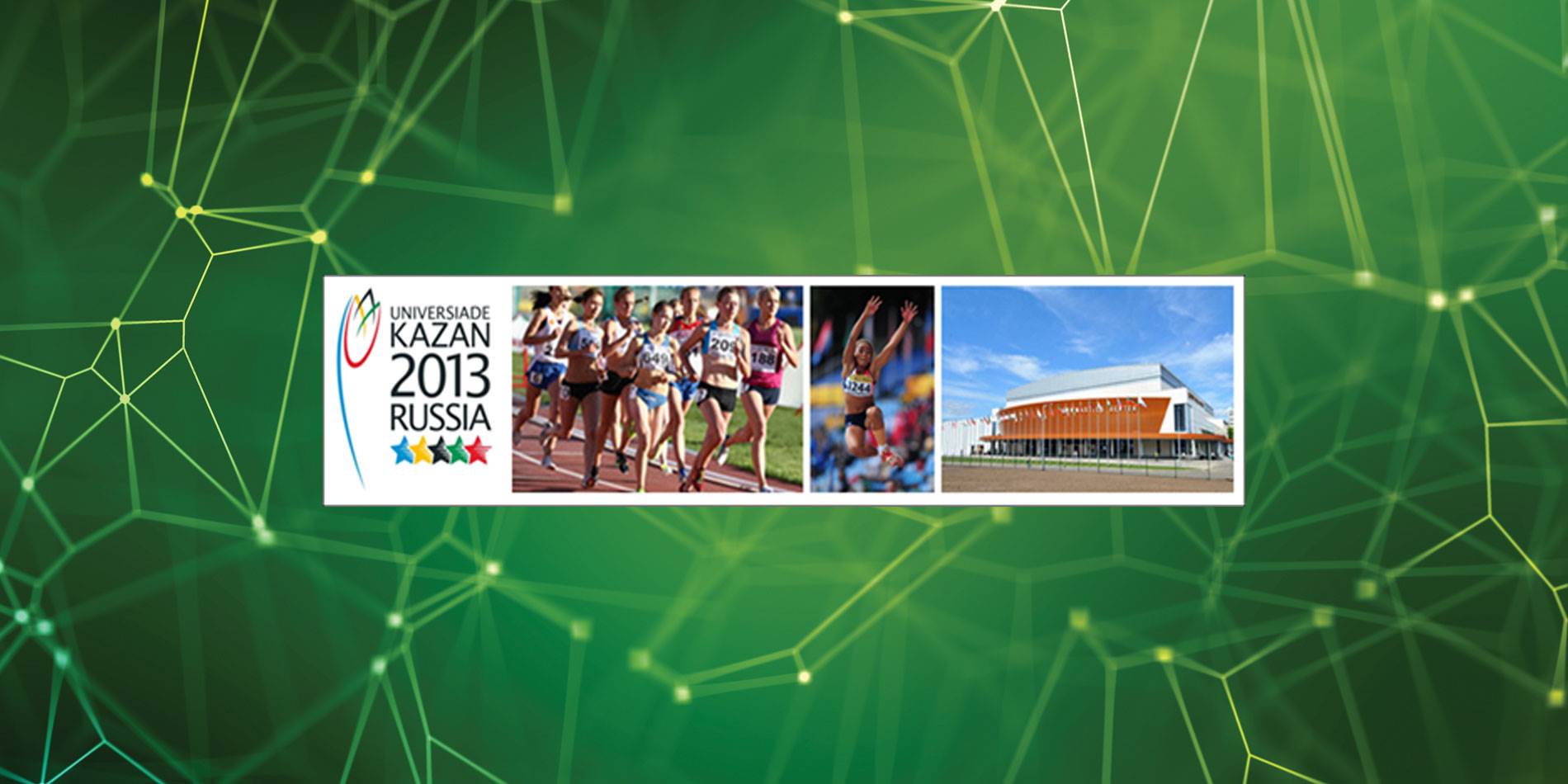 This summer's 27th World University Olympics will see 12,000 international athletes and tens of thousands of support staff and spectators descend on the city of Kazan, capital of the Republic of Tatarstan within the Russian Federation. Competitions will take place at 64 different sports venues across the region, 30 of which have been specially constructed for the 2013 games.

Focus on security
As with all major public events today, security will be a top priority. To ensure that both emergency, public safety and fast-response staff have access to a 100% robust and reliable communications system, the organizers decided that radio communication services have to be provided by licensed TETRA operator MS-SPETSTELECOM (MSS), as a TETRA operator with appropriate frequency allocations in the region.

MSS chose DAMM's TetraFlex® solution, which was the most suitable system meeting the requirements of the necessary combination of power, scalability, reliability and ease of deployment. Once the decision had been made, the system was up and running in an extremely short period of time.

The Government of Tatarstan is connecting close to 3000 radios to the system, used for public security users who are responsible for safety during the University Olympics. Also MSS is providing services to 2500 subscribers of The Executive Directorate of the XXVII Summer Universiade in Kazan.

The TETRA system is integrated into Emergency and fast response Center "112" for the management and for providing location data of subscribers to 112' Dispatchers.

Versatile and powerful
MS-SPETSTELECOM (MSS) were also impressed by DAMM's rugged and compact outdoor base stations, which removed the need to construct an expensive antenna and cable infrastructure. In contrast, the TetraFlex® base stations can simply be transported to where they are needed, quickly mounted to a wall or post and switched on. This versatility was especially relevant given the geographical spread of the event locations and the city's hilly topography, which could have presented signal and reception problems.

Robust and easily scalable
At installed capacity, the DAMM TetraFlex® solution for the Kazan games is counted for 16 outdoor base stations installed at best locations to provide full coverage at all areas of the city and sports venues, 200 user groups and over 5,000 subscribers, although there could well be more. Thanks to the network's fully IP-based infrastructure, scaling the system to accommodate additional groups or subscribers can be achieved in minutes.

The system is designed to store all kinds of voice traffic for additional security and future analysis in the event of an incident. There are also a number of Russian-language dispatchers that will be used for dynamic group assignment and geographical location of public safety subscribers. TETRA system gives flexibility in interoperability between different associated organizations and departments which is extremely important during such events like Universiade. In addition, a special application was developed to enable remote programming of the TETRA radios, greatly streamlining what would otherwise be a time-intensive process.

Equipped for the future
After the games have finished, MS-SPETSTELECOM (MSS) intends to keep the DAMM TetraFlex® system in operation for the use of the Kazan city's emergency and fast-response services. As well as its power, versatility and efficiency, the system's IP-based infrastructure, TETRA protocol and modular base stations make TetraFlex® virtually future proof - protecting young international athletes today while protecting the value of the city's investment, far into the future. There are plans to extend DAMM TetraFlex® up to 40 base stations to provide services during FIFA World Cup 2018 and along Federal roads in the Republic of Tatarstan.

If you liked this article,
please share it
SIGN UP TO OUR NEWSLETTER
We won't spam your inbox